Book Review and Giveaway: Sing in the Sunlight

I spent part of my childhood in Southern California which was a huge culture shock for this little girl who had only known of life in the piney woods of rural South Mississippi among kith and kin.  Not only were the people different (colder), but everything was different:  the schools were different, living in surburbia that was not quite ghetto was different, the stores were different, and even the landscape of the California wilderness was different.  I honestly didn't know that the biome of California had a name until I exchanged some emails with the author Kathleen Denly after I read the first book of this series.  The name is Chaparral (which is a rather neat name) and although I never knew what that was, when I viewed photos on the website link she sent me, I instantly knew what it was.  "Oh, yeah, that's California."  While reading Sing in the Sunlight, I was able to get a pretty good mental image of the setting because I knew what it looked like; after all, I had lived there, too.

Sing in the Sunlight comes after Waltz in the Wilderness which I read and enjoyed some months back. Even though they are part of a series, each can be read in any order without any spoilers or missing backstory. 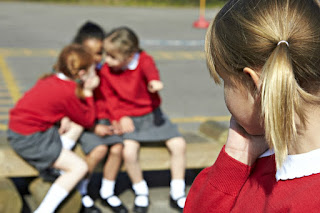 "Even so the tongue is a little member, and boasteth great things.  Behold, how great a matter a little fire kindleth!  And the tongue is a fire, a world of iniquity: so is the tongue among our members, that it defileth the whole body, and setteth on fire the course of nature; and it is set on fire of hell." (James 3:5-6)
One morning in 1984 or so, I walked into my Christian school building, ready to see my friends and begin another day in 6th grade.  Suddenly, I saw a group of girls rush towards me with indignant, almost hostile, looks on their faces.  I had my saxophone with me for my weekly lesson, and I remember swinging it in front of me as if to prevent them from getting too close.  My crime?  Daring to be friends with another girl in the class.  My "best friend" that year had gotten jealous and apparently pulled some other girls into thinking I had done her wrong.  I learned from another girl in our class that Margie had pulled the same kind of thing the previous year when she had been best friends with the girl who told me.  Such began my intense dislike of girl drama.  Because girl drama = nonsense.
Read more »
at Friday, February 26, 2021 No comments:

As I write this, I have been dealing with unusual health issues for the past 5 weeks.  It began when I woke up on a Monday morning, January 18, with pain in my hands and wrists and my feet and ankles.  It hurt to move and the bottoms of my feet felt like I was walking on rocks.  I took some Tylenol thinking that I must have overdone myself over the weekend or unknowingly harmed myself in some way.  I also bought some Advil later that day thinking if I had inflammation, ibuprofen would help that.  After two or three days of the same scenario and only being able to function normally (i.e. walk) with painkillers, I could tell it was not easing up.

Email ThisBlogThis!Share to TwitterShare to FacebookShare to Pinterest
Labels: My Health 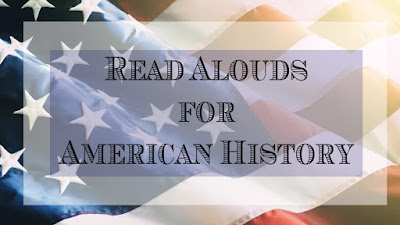 This post was originally published on my previous blog; because we are still reading the books listed, I am continuing it here and will update as we finish the books listed below.
Last year, Notgrass History came out with a brand-new American History program called Our Star-Spangled Story.  It is intended to use for grades 1-4.  I quickly ordered it, began it, and then it sat until the Coronavirus hit when I suddenly had more time.  I did continue with some of the recommended read-aloud books even when we were not doing the history lessons.  I really love this program!  Each lesson is beautifully written and has numerous photos of people, places, and things mentioned in each lesson.  It is well worth getting!

Book Review and Giveaway: Sing in the Sunlight

I spent part of my childhood in Southern California which was a huge culture shock for this little girl who had only known of life in the pi...

More Posts on My Old Blog

You can read more book reviews, homeschooling posts, and sundry other articles at my old blog at: http://21stcenturykeeperathome.blogspot.com
I will still post there until the end of 2020; this will be the only place for new content beginning in 2021.